“That crown was past its due date a few generations ago!” – Princess Camilla

classmates’ fashion choices at Fairy Godmother’s Finishing School for Charming Princes and Princesses. Tired of Princess Camilla’s tirades, her classmates decide to teach the foppish fashionista a lesson by sprinkling her hair with frizzy hair dust. But the mislabeled magic dust accidentally transforms Princess Camilla into a hideous ogre. In exchange for a fashion consultation, Rumpelstiltskin escorts Camilla and her classmates into the Enchanted Forest to visit three witches to reverse the spell. Despite using a freshly brewed potion, the witches’ attempt to turn Camilla back into a princess fails. Then as the students head

back to the castle to seek help from the Fairy Godmother, they get lost and run into a troublesome trio of trolls who face off with Camilla. Audiences will love the fashion show finale when the characters strut their stuff on the runway and reveal their makeovers to the audience.

COMEDY.  Prince Charmless is a zany fairy tale comedy about a charmless prince who favors baking and creating culinary masterpieces to fencing, rescuing damsels in distress, and other typical charming prince activities. His concerned family makes every attempt to cure him of his lack of charm, including hiring the flamboyant and loquacious pageant consultant, Madame Muzette, to give him a crash course on charm. His home is soon invaded by a passel of putrid princesses, summoned to a ball, including Princess Prunella who is allergic to everything, the accident prone Princess Pandora, and others. But tragedy strikes as an ogre abducts the princesses. Will Charmless be able to save the day?

Directed by Mike Moriarty, with set design and direction by Maria Giglio

COMEDY.  Prince Prescott is a bibliophile who takes little interest in princely pursuits, much to the chagrin of Queen Edwina and King Cranston. His parents consult a myriad of magical advisors including a trio of eccentric wizards about his reading malady, but to no avail. When his parents plan to send Prince Prescott to Fairy Godmother’s Finishing School to be instructed in charm, fashion, etiquette, archery, and fencing, Prince Prescott runs away to the only place he thinks he’ll be safe from princely pursuits; a dragon’s lair. There, he becomes the public relations manager for Darla, a dragon who loves a good bedtime story. Can a vicious dragon attack on the village by Draco the dragon, help bring Prince Prescott and his family back together?

SPOOF. In this fairytale spoof of the reality TV show “Shark Tank,” fairytale characters present business proposals to judges with the hope of achieving happily ever after. Contestants include an evil witch who pitches a new, improved sleeping potion for those suffering from putrid princess infestations. A wolf shows off his portable wind turbine machine powerful enough to blow down brick houses. Rumpelstitskin offers up a spinning wheel that spins straw into gold. Two childless Bakers request an enchanted oven that can turn gingerbread cookies into children. For use in the pest control industry, the Pied Piper promotes an enchanted pipe that lures away all types of vermin. And self-described footwear-o-phile elves request backing for cobbling their own line of fashionably chic shoes. Judges include a dragon, a fairy godmother, an enchantress, a witch with a skincare line for removing warts, and even the bestselling self-help author Prince Charming!

COMEDY. Welcome to the dating show where contestants find the prince or princess of their dreams and live happily ever after…um, well, maybe? Little Red Riding Hood gets to select from an 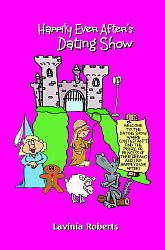 “impressive” group of bachelors including a hyperactive gingerbread man, a shepherd boy who is a pathological liar, and a ravenous wolf who likes wearing sheep’s clothing. Then there’s Prince Charming, an inspirational speaker and author of several best-selling self-help books who must choose between Cinderella, a holistic health nut, or her spoiled, whiny stepsisters who have stinky feet and like to shop and party. Snow White’s bachelors include Rumpelstiltskin, a frog who advocates for wetland preservation, and her own stepmother, who has disguised herself as a bachelor so she can trick Snow White into eating a poisoned apple. Rip-roaring, riotous fun! 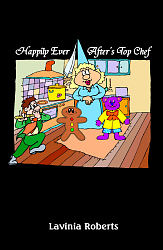 prepare an array of mouthwateringly marvelous morsels. This week’s gastronomic “geniuses” include Rumpelstiltskin, who tries to spin straw into pie; a big bad wolf, who wants to share his recipe for “grandma in a blanket”; and the Three Bears, who attempt to get the temperature of their porridge just right. There are even guest appearances by Prince Charming, Puss in Boots, the Pied Piper, a princess who is allergic to everything, a hyperactive gingerbread boy, a witch, and even an evil stepmother! Audiences of all ages will enjoy this fun show.

COMEDY. Wolfgang is small, sensitive, and wants to be a chivalrous knight. Which is a problem, as he is a wolf. At school he struggles with his wolf lessons, such as building up his diaphragmatic breathing to be strong enough to blow down houses, growling menacingly, or learning cunning disguises such as how to pull off sheep’s clothing to passing off as an innocent old granny. He enters the enchanted forest, in the hopes of doing good deeds. Can Wolfgang become a chivalrous knight and save all the big bad wolves from big bad trouble? Or will no one give him the chance to prove his valor?

FARCE. King Cuthbert and Queen Priscilla have to break the bad 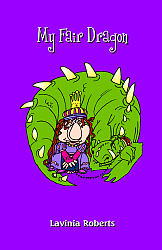 news to Princess Poppy: She can’t keep her pet dragon Dimpleton in the castle anymore. The monster just isn’t fit for palace life. He knocks everything over with his giant tail, he belches fire at the dinner table, and he accidentally burned down the royal apple orchard. To help Dimpleton adjust to palace life, Princess Poppy asks Prince Charming to give Dimpleton a crash course on castle charm and etiquette. Prince Charming tries to show Dimpleton how to introduce himself without roaring, how to dance in the ballroom without looking like he is circling prey, and how to smile without bearing his teeth menacingly or burping fire at the dinner table. Dimpleton tries his best to be the perfect palace pet, but he is a dragon after all!

FARCE. Fairy Godmother is at wit’s end with her class of unruly, misbehaved princes and princesses and all their fighting, dueling, and combative behavior. To teach her students that their behavior is most un-charming, the Fairy Godmother tells them the story of Princess Pearlette and Olga “the ornery” ogre. When Princess Pearlette meets Olga, she 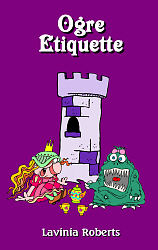 invites her to a tea party. At first, Olga thinks Princess Pearlette would make a good teatime treat, but instead the two become friends. Princess Pearlette teaches Olga to refrain from commenting on how plump and delicious someone looks, to smile without bearing her teeth, to greet others without growling, and to ballroom dance. In return, Olga shows Princess Pearlette how

to do the ogre dance, which involves scratching oneself all over, rolling in the dirt, and fiercely staring at others while circling them. Princess Pearlette convinces her brother Prince Charming that it’s better to dance with ogres than fight them, and Olga shows the other ogres that it’s more fun to attend palace balls, dance, and eat crumpets with the royals instead of dining on them.

FARCE. V.I.L.L.A.I.N.S. is a support group for recovering villains who realize their lives have become unmanageable and that they won’t live happily ever after unless they change their ways. Gisela, the evil fairy from “Sleeping 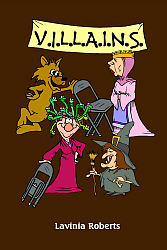 Beauty” leads the group, which includes Snow White’s vain stepmother, a pack of wolves, a troll, a wicked witch, Cinderella’s evil stepmother, and many others. To motivate the villains to continue on their path to living happily ever after, Gisela has invited some inspirational speakers including a full-time fairy godmother, Prince Charming, and Jack from “Jack and the Beanstalk” fame. However, the meeting is interrupted by the Pied Piper, who offers transcendental music and hypnosis as a cure for villainy, and some fairies looking for their F.A.R.T.S. meeting.

This is a text widget, which allows you to add text or HTML to your sidebar. You can use them to display text, links, images, HTML, or a combination of these. Edit them in the Widget section of the Customizer.
Loading Comments...